We are proud to announce for the second year in a row, Trinity Merchant Group made the Aggie 100 list. The Aggie 100 identifies, recognizes, and celebrates the 100 fastest growing Aggie-owned or Aggie-led businesses in the world. 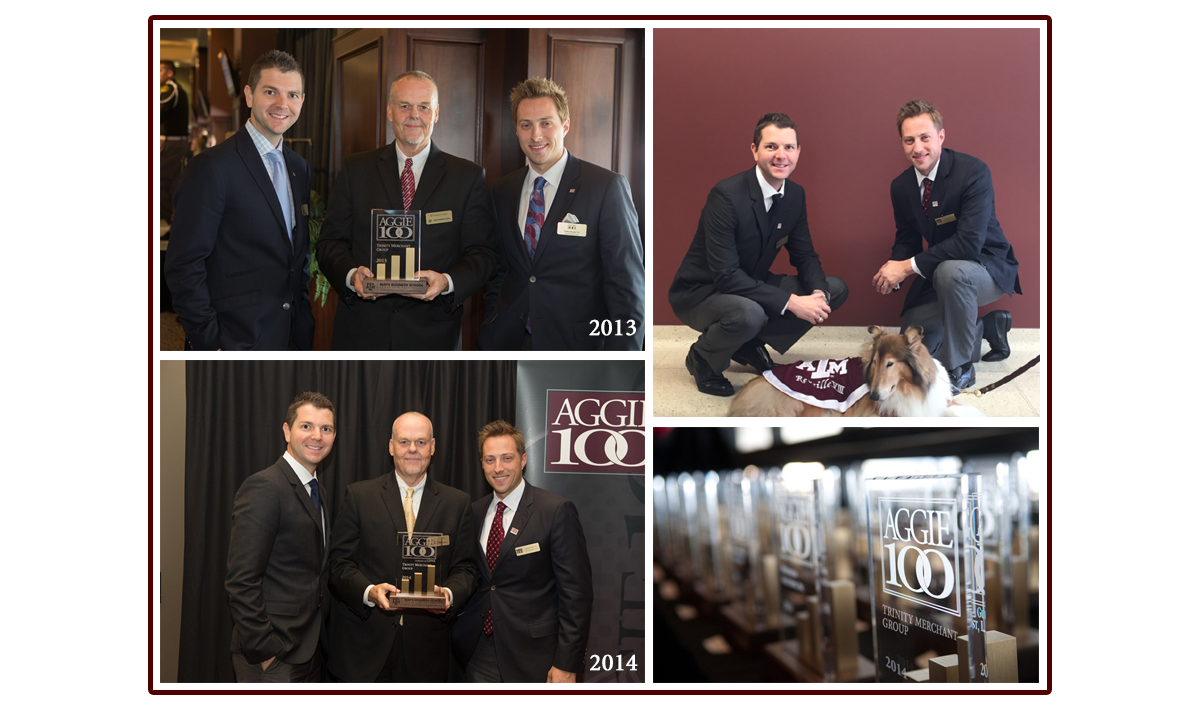 Get a custom rate quote today.